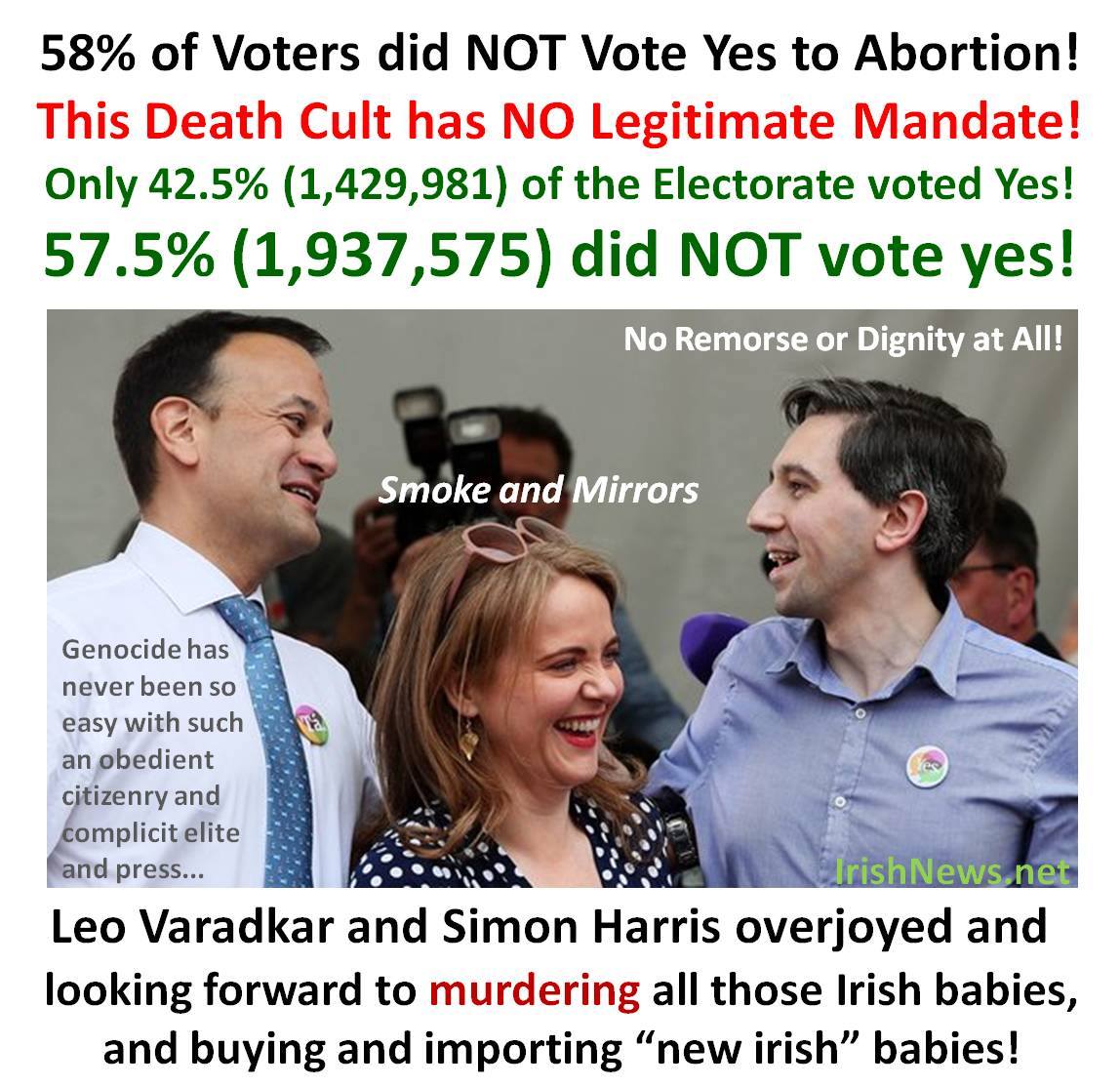 Google Caught Out Censoring Search Results On “A Bunch of Terms” During Abortion Referendum in Ireland!

Internal discussions from Google indicate that the search giant is “manually” curating blacklists of search terms – including Rep. Maxine Waters, anti-gun activist David Hogg, and abortion – on YouTube and other services. The conservative news site Breitbart says it obtained an internal discussion thread from a Google employee showing the existence of a blacklist, as well as a partial list of blacklisted terms from another source within the company. “We have tons of white- and blacklists that humans manually curate,” Breitbart quoted one Google employee. “Hopefully this isn’t surprising or particularly controversial.” One of the posts in the discussion mentions that “Maxine Waters” was added to the blacklist after one Google employee complained the top search results on YouTube about the controversial Democrat congresswoman from California was “very low quality.” Breitbart says they obtained a partial screenshot
January 17, 2019
2
0 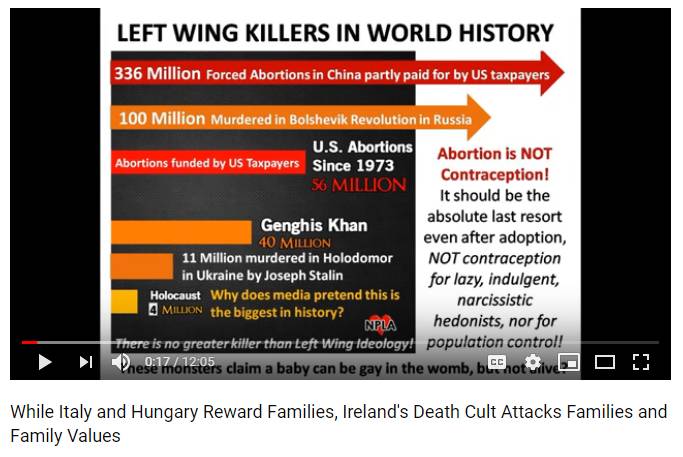 While Italy and Hungary Reward Families and encourage them to have children, Ireland's Cult of Death Attacks Families and Family Values. As Ireland hurtles headlong into absolute cultural marxism where everything is objectified and families are deconstructed, it seems free abortion on demand and abortion tourism is inevitable, despite denials that it would never happen from the ministers of the cult of death that currently rule in Ireland. https://www.youtube.com/watch?v=NE8cJhpqvwk A Death Cult which will not hesitate to use the most horrendous grotesque method to murder babies in the womb... at the very time that they spend millions bringing 3rd worlders and their children in to Ireland... They literally murder their own children whilst importing the children of 3rd worlders - there can be no greater treason and evil... This attack on Christianity accompanies an attack on sovereignty and resources as witnessed by gay marriages and murder of unborn babies with th
December 12, 2018
2
0