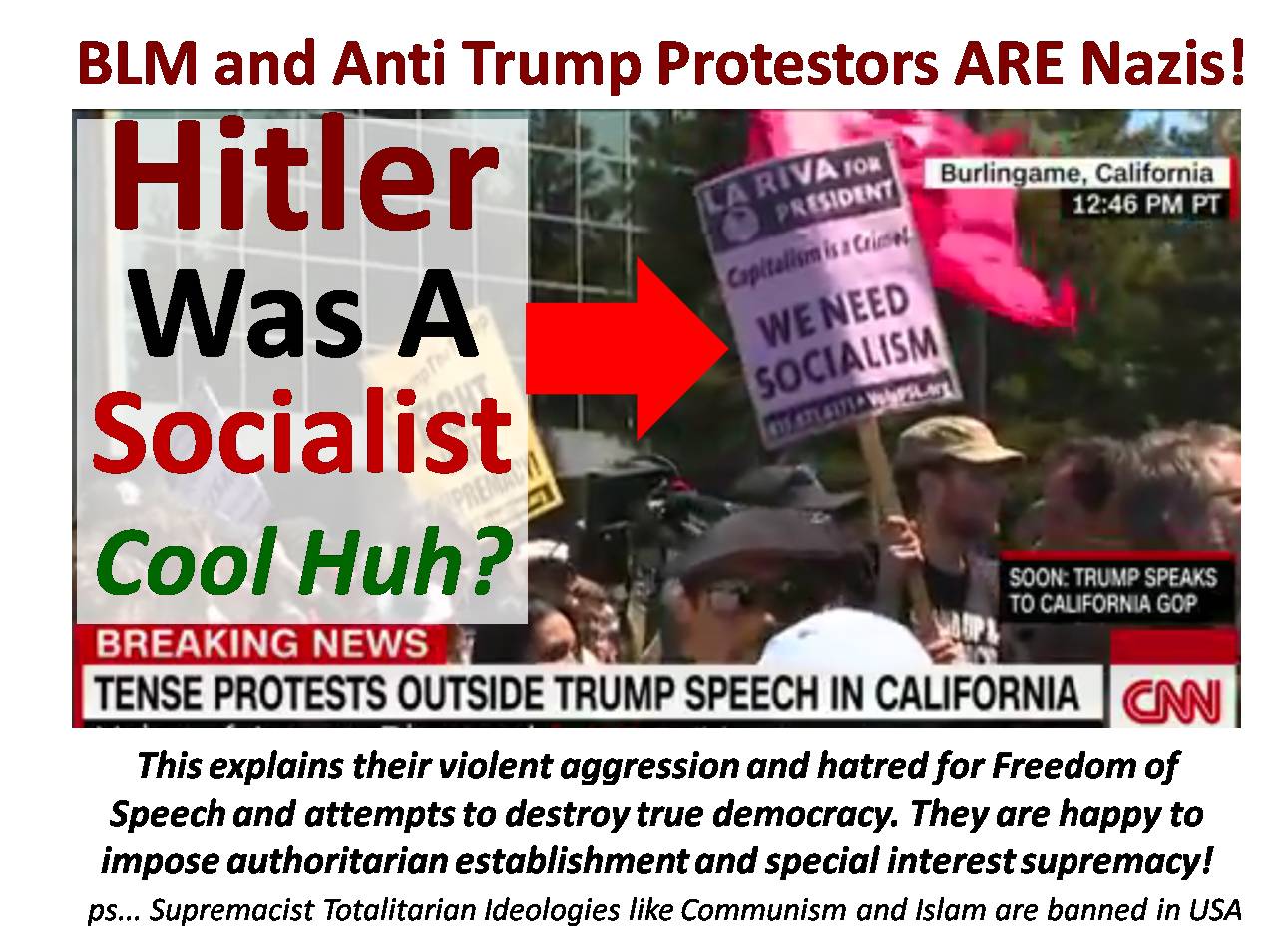 LIBERALISM WILL CREATE ANOTHER HITLER, AGAIN! How to recognise who will make another Holocaust or Holodomor

“There is something very bad going on, and until we can find out what, and who it is, so that we can correct it, we have to halt it” – Trump

These forces are very easy to recognise. They use word weapons and catch phrases like “UNITY”, “SOLIDARITY”, “NO BORDERS”, “REFUGEES WELCOME”, “WE ARE ALL HUMAN”, and of course fake multiculturalism and fake diversity (the true meanings of these two words actually being the exact opposite).

These are the forces of the Fascist LEFT! Hitler was a Socialist. What was Mussolini? Go do you own research! The mass Fake Media have a vested interest in lying and deceiving you, their paymasters are the corporations and globalists who want a liberal One World Order – yet another fact the masses are unable to fathom and thus remain in stasis.

Many Patriots have been telling of the hell that has come to their countries for many months and years! This is Not Immigration. This is at worst an Invasion and at best Slave Trade, once again bringing Africans and Asians to work for European Oligarchs and Corporations and Elites.

There is a dangerous Muslim and Immigration problem in all white European nations like the United States and Europe. Adults know what is on TV, they know what sports or soapies are on, but they are kept oblivious to the Migrant and Muslim invasion!
Soon, they will have no choice but to face it, but that will be too late. The time is Now!

Telling the truth has always been dangerous. Throughout recorded history, many good people have been murdered, incarcerated, committed to mental institutions, lost jobs, family, friends, homes, belongings, and been harassed to the point of staying quiet.

Sadly, it is now clear that silence is taken as consent and silence is indeed more dangerous than telling the truth…

The truth is that a new Hitler will appear on the scene soon if the liberal madness and traitorous leaders are not stopped from delivering their countries to the globalist New World Order.

And.. another unfathomable fact which leaves normal people in a stasis of inactivity, is the fact that the Military Industrial Complex, Neocons, Establishment and Elites want war for its profit and chances of grabbing more assets from sovereign nations.

The further left they force the pendulum, the more destructive it is going to get…

Does your President or Prime Minister use words like “UNITY”, “SOLIDARITY”, “NO BORDERS”, “REFUGEES WELCOME”, “WE ARE ALL HUMAN”, “DIVERSITY”, “MULTICULTURALISM”?

Only YOU can do it, no one is going to do it for you!

Voices of Angels Rehearsals in Ireland