Concerns have been raised about an “ethically dubious deal” between the Irish government and local, regional and national newspapers that involves journalists writing positive pieces about the Ireland 2040 plan.

The treasonous government’s strategic communications unit paid for sponsored content to appear in local, regional and national newspapers including the Irish Independent and The Irish Times.

What is the Ireland 2040 plan, you ask? It’s a €116 BILLION national development plan to prepare for an estimated population growth of one million people over the next two decades.

And where is this population growth going to come from, since Irish women have stopped having babies, as evidenced by their paltry 1.7 children per woman fertility rate? Which by the way is one of the highest in Europe! How will corporations sustain higher and higher profits (with which to buy politicians and mass media), especially if the indigenous people aren’t having more and more consumers, erm… sorry I mean kids? Well they will steal (import) them from the 3rd world of course – then you get cheaper wages to boot and new voters loyal to you! Even more profit for the traitors!

Especially with a possible legalisation of abortion, there is only one way these numbers will be achieved. The projected growth Ireland’s technocrat leaders have planned is in the form of mass migration from the Third World. Leo Varadkar, the current Irish leader, who is half indian, is a Europhile desperate to please his masters in the EU where he did his apprenticeship

This amounts to a plan straight out of the playbook of the United Nations 2030 Agenda and a 2000 UN document called Replacement Migration: Is it a solution to declining and ageing populations? It sets out spending plans for infrastructure, affordable transportation hubs and subsidized housing for the migrants.

Last week, the cabinet travelled to Sligo to unveil the €116 billion national development plan to prepare for an estimated population growth of one million people over the next two decades. It set out spending plans for infrastructure, transport and housing.

It is understood that a number of journalists at Independent News and Media were asked to write positive news pieces, which could not include negative or critical content.

The double-page advertorials stated they were done “in partnership with the government.”

Robert Spencer, director of Jihad Watch, noted: “As absurd as it sounds for the Irish government to be paying journalists to sell out Ireland, it appears to be a more widespread practice than most people realize.”

Speaking to the Irish parliament, opposition leader Micheál Martin branded the government’s latest use of the media to promote its scheme as “ethically dubious.”

“The blurring of the lines is genuinely worrying from a parliamentary democracy point of view,” he said.

This is not the way I was taught to do journalism, but apparently this is the new normal. Local newspapers take their marching orders from chambers of commerce and elected officials.  And these newspapers wonder why their subscription lists keep evaporating into thinner and thinner vapors. As thin as the veil of “the higher road” that these world supremacist globalists are hiding behind!

I could get Ireland 1 Million people in a few years from South Africa, but sadly white people do not qualify…. 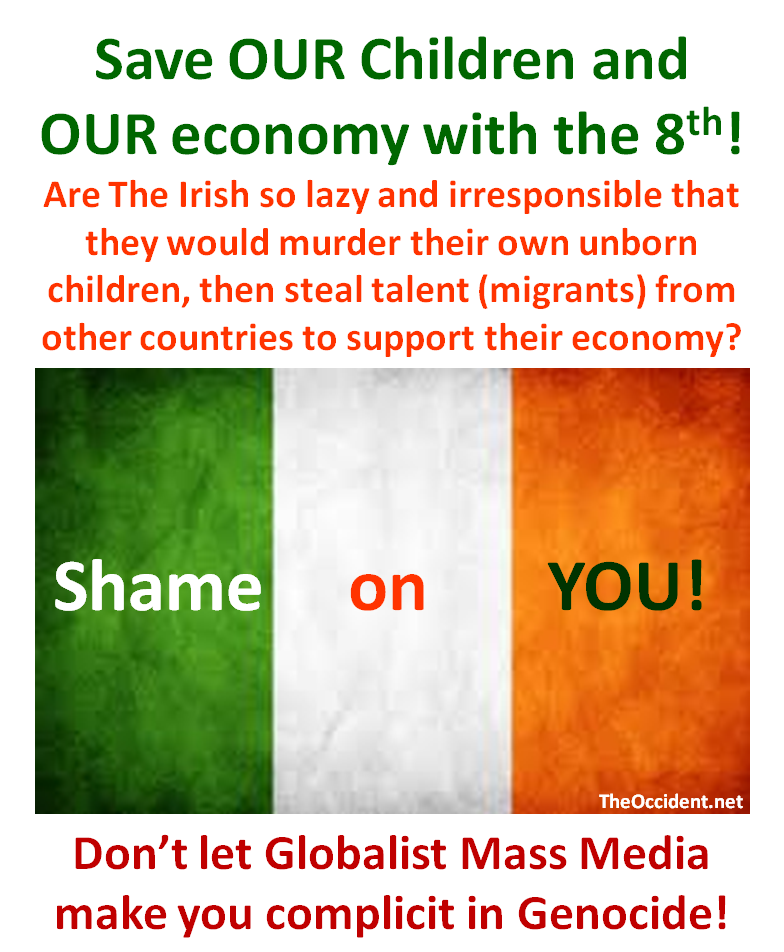 The Storm is Coming #YouTubePurge