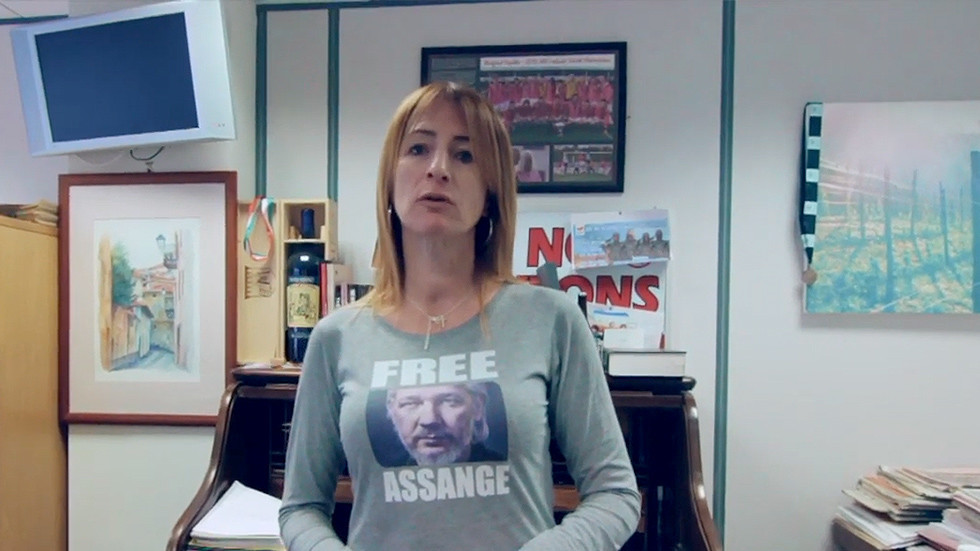 May 28, 2019
Alternative MediaApologismBrusselsDublinEUEuropean NewsGlobalismIndependenceMediaWatchThe Establishment
2 Views
0 Comments
Left Wing independents4change MEP candidate Clare Daly showed her support for jailed WikiLeaks founder Julian Assange during the vote count for the European elections in Dublin on Monday, where she won a seat in the European Parliament. The candidate who has now won a seat in the European Parliament promises to deliver many a clash with the establishment…

Daly wore a t-shirt reading ‘Free Assange’ as she waited for the votes to be counted and, after a close contest, was announced as an Irish MEP for the first time. She edged out Sinn Feins’s Lyn Boylan who has controversially been linked to George Soros…

Daly has shown her support for Assange in the past, and wore the same shirt in a campaign video on May 24 in which Daly claimed that BRexit and the “rise of the far right” are symptoms of EU oppression.

Daly also met with Assange in 2013 while he was in the Ecuadorian Embassy in London. He had resided there for seven years before being arrested by UK police and jailed in April. He awaits extradition to the US where he faces a recently introduced 17 charges, including violation of the Espionage Act, for his alleged role in publishing US war logs, government cables and other documents.

A dispute broke out late last night at the count between Mr Andrews and Clare Daly of Independents 4 Change over whether or not Sinn Féin candidate Lynn Boylan’s votes should be redistributed.

The Dublin count of the European Election was suspended last night, following the dispute between the candidates. Ms Daly overtook Mr Andrews earlier, following the resumption of counting.

Mr Andrews said that it is a bittersweet situation to be in, as he can only take his seat if the UK departs the EU, which he does not want to happen being anti BRexit.