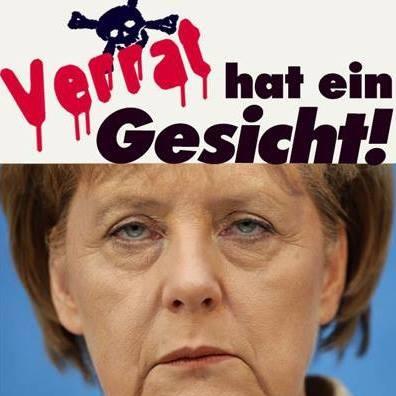 Deportation, Deportation Deportation! Merkel does a 180 U-Turn! Can you trust a traitor that doesn’t say sorry?

Germany is apparently going to repatriate 100k rejected asylum-seekers to their home countries in 2016 according to the creator of the problem, Angela Merkel. If she does not apologise and admit her mistake, then this is just another “Redistribution of European Wealth”  project for her and her band of World Supremacists.

Around 100,000 rejected asylum-seekers are expected to soon be returned from Germany to their home countries, German Chancellor Angela Merkel has announced, adding that around one-third of the deportations are likely to be forced.

Speaking at a Christian Democratic Union (CDU) regional conference in Neumünster on Friday, Merkel said that around 60,000 of those deported will return to their home countries through voluntary repatriation programs, while around one-third will face compulsory deportations, Die Welt newspaper reported.

Those returning home under repatriation programs will reportedly be given a plane ticket and an unspecified amount of start-up aid to be used once they have settled back into their nations of origin. This will certainly be over 10,000 Euros if a similar project by France is anything to go by.

Once again the taxpayer is funding third worlders and it remains to be seen how much of this money land up in the hands of human traffickers bringing even more people to Germany!

Clearly this is nothing more than a cynical attempt to rescue their political ambitions in the face of upcoming general elections next year in Germany and France, both of which already have resounding anti EU facets and are seen as a #FRexit and #Dexit vote.

Speaking particularly of Afghanistan, Merkel noted that “it cannot be that all young people from Afghanistan come to Germany.”

Merkel also urged federal states to do their part to deport rejected asylum-seekers during her Friday speech in Neumünster.

It is not the first time that Merkel – who just days ago announced she would be seeking a fourth term as chancellor – has stressed the need for repatriation for those whose asylum applications have been rejected.

Speaking to conservative members of parliament in September, the German chancellor said “the most important thing in the coming months is repatriation, repatriation, and once more, repatriation,” Reuters reported at the time.

Merkel has come under fire from political opponents and allies alike, after implementing an open-door policy for those fleeing war and persecution. More than a million asylum-seekers reached the country in 2015, in the biggest refugee crisis since World War II. 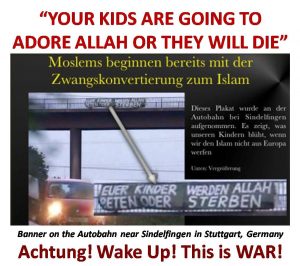 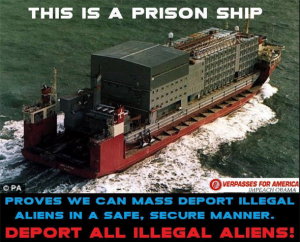 Somali Refugee Attacker in Ohio said “I’m Muslim, it’s not what media portrays me to be” then did just that!