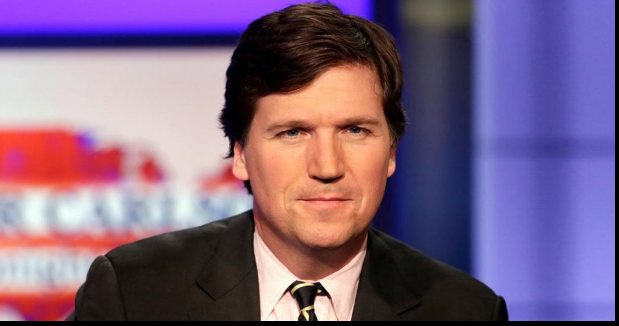 Fiery conservative commentator Tucker Carlson has never had a problem speaking his mind. For better or for worse, the Fox News host’s public opinions are unfiltered and raw, which contributes to his sizable following.

Given Carlson’s unabashed approach to sociopolitical discourse, he has made his fair share of leftist rivals. Sometimes, as is the case with CNN, those leftists have no discernible comeback other than to mock him.

Other leftists, however, have taken to aiming for Carlson’s wallet when he says something that might hurt their feeling. Carlson is facing the wrath of leftists over a comment he made on his show while decrying rampant and unchecked immigration into America.

Tucker Carslon responded on Monday night that he is “not intimidated” by the backlash and stands by what he said last week.. “That’s what we said. It’s true,” Carlson said.

“Those who won’t shut up get silenced. … The enforcers scream ‘Racist!’ on Twitter until everybody gets intimidated and changes the subject to the Russia investigation or some other distraction. It’s a tactic, a well-worn one. Nobody thinks it’s real. And it won’t work with this show. We’re not intimidated. We plan to try to say what’s true until the last day.”

Pacific Life
Bowflex
Indeed
Minted
NerdWallet
SmileDirectClub
Voya
Ancestry
Land Rover
Zenni
IHOP
Just for Men
United Explorer
ScotteVest
TD Ameritrade
CareerBuilder
CareerBuilder said in a statement it would advertise on programming that aligns “with who we are and what we value.”

Bowflex said that along with pulling its ads, it has “no other association or affiliation with Mr. Carlson.”

The Post explained Carlson was “rapidly losing advertisers over his comments.”

Last week on his show he said Americans are being told, “We have a moral obligation to admit the world’s poor, they tell us, even if it makes our own country poorer and dirtier and more divided.”

He said regarding some of the foreigners trying enter the country illegally: “Huddled masses yearning to breathe free? Nope, cynical shakedown artists who have been watching too much CNN.”

While the Post described the reaction as a widespread backlash, Carlson has the support of his own network as well as many of his major advertisers.

“It is a shame that left wing advocacy groups, under the guise of being supposed ‘media watchdogs,’ weaponize social media against companies in an effort to stifle free speech,” a Fox News spokesman said. “We continue to stand by and work with our advertisers through these unfortunate and unnecessary distractions.”

The network also vowed it would not “allow voices like Tucker Carlson to be censored by agenda-driven intimidation efforts from the likes of Moveon.org, Media Matters and Sleeping Giants.”

“Attempts were made last month to bully and terrorize Tucker and his family at their home. He is now once again being threatened via Twitter by far left activist groups with deeply political motives,” the network said. “While we do not advocate boycotts, these same groups never target other broadcasters and operate under a grossly hypocritical double standard given their intolerance to all opposing points of view.”

The Washington Times reported major firms such as Farmer’s Insurance, Mitsubishi and John Deere blew off demands from activists to censor Carlson.

“In a statement to the Daily Beast, Farmers Insurance said it ‘invests in advertising across a broad range of networks and programs that reflect the diversity of opinions and viewpoints found across the nation,’” the report said.

Bayer, the German pharmaceutical conglomerate, said: “Opinions or views expressed by the network’s news programs or their hosts are solely those of the network, and do not necessarily reflect those of Bayer. Given the wide diversity of media today and wide range of public opinion on any given issue, it would be an impossible task to find a major television or radio network whose entire programming schedule appeals to all audiences.”

And the Associated Press reported many of the companies that boycotted Carlson placed their ads elsewhere on Fox News, “meaning the network is under no broad pressure.”

MyPillow CEO Mike Lindell, one of the biggest advertiser for Carlson’s show, said, “I make all of my advertising decisions based on what is best for MyPillow, my customers and my employees.”

Some of the advertisers who have boycotted are re-evaluating, including Pacific Life and NerdWallet.

The job-search company Indeed said it withdrew its advertising before the controversy arose.